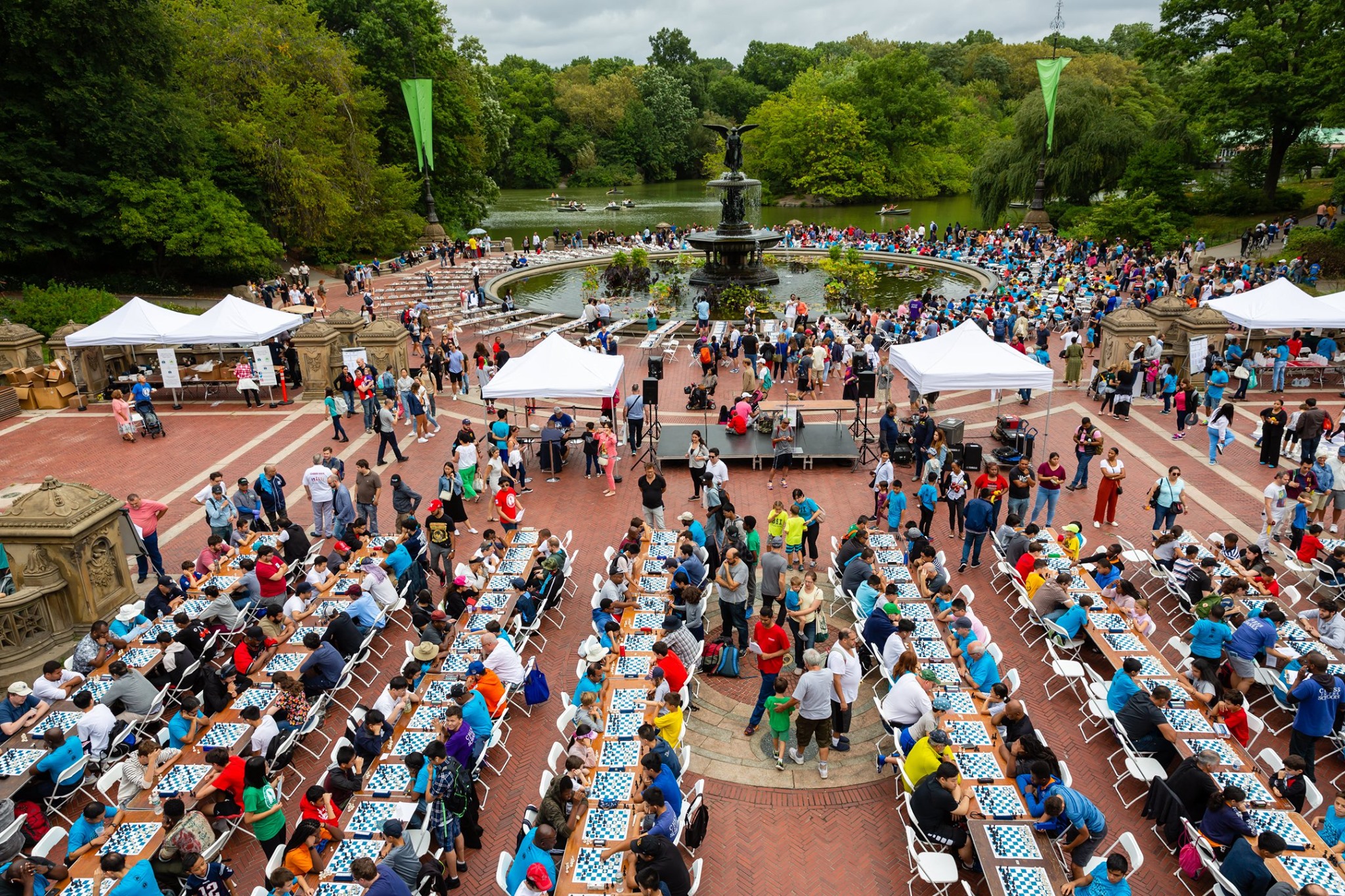 On Saturday, September 14, 2019, Chess in the Schools (CIS) and the NYC Parks Department ran the 19th Annual Chess-in-the-Park Rapid Open at Central Park’s Bethesda Fountain.  This year’s attendance was the largest total in the event’s history with a total of 775 participants! 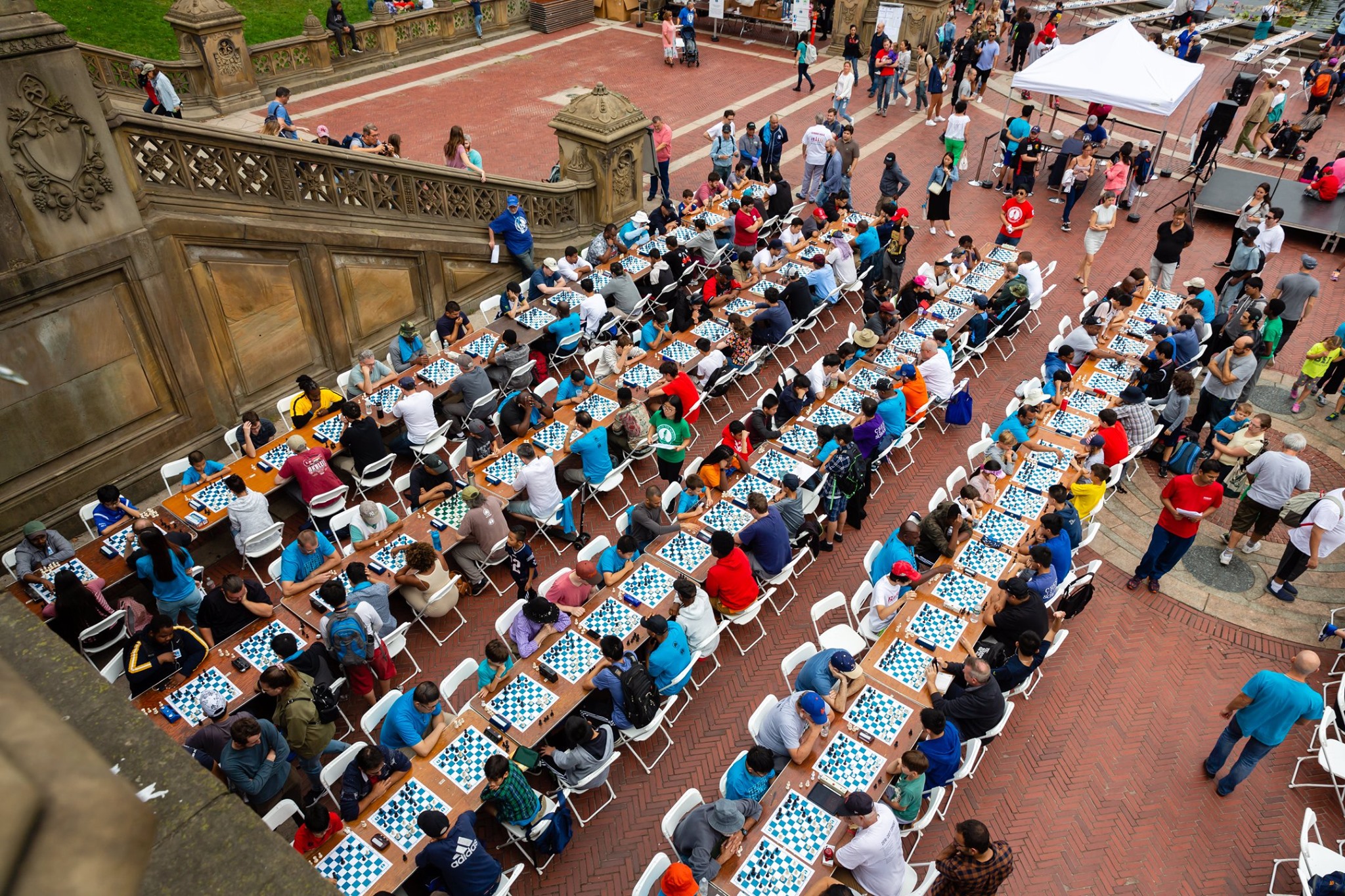 The six section rapid (G/10) event included sections for beginner to advanced players and is the only CIS tournament open to adults and scholastic players!  The event was kicked off with a two-game blitz match between IM John Bartholomew and GM Max Dlugy (both games were drawn). 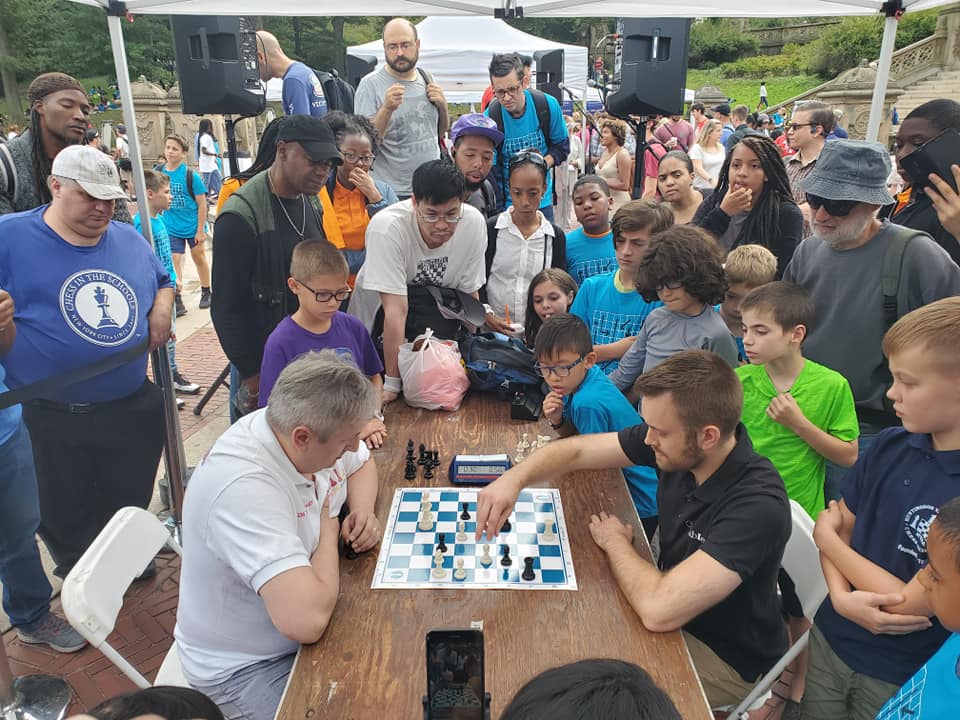 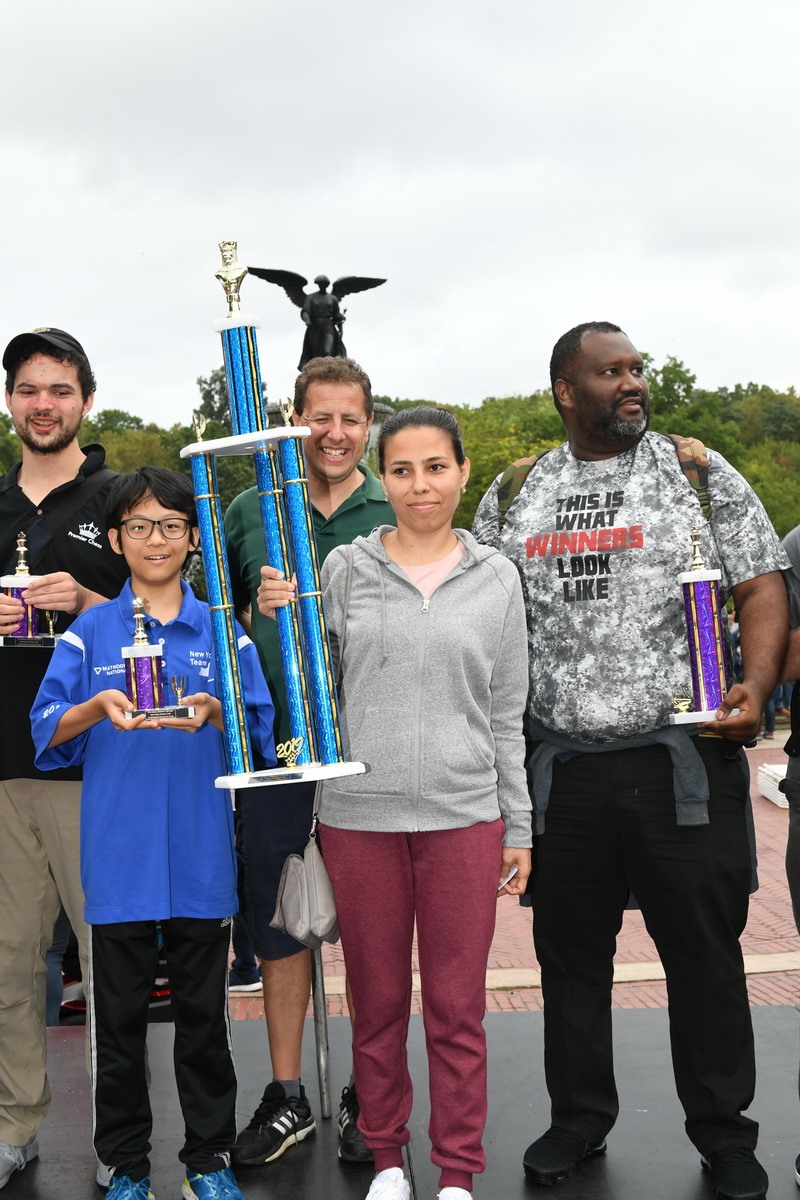 The championship section which was open to players rated 1700 + was very strong and included a dozen plus master level players! Of course in rapid play, your chess rating is not everything.  The tournament’s top section included upsets every round!

Full Tournament Results  (The event was not USCF Rated) 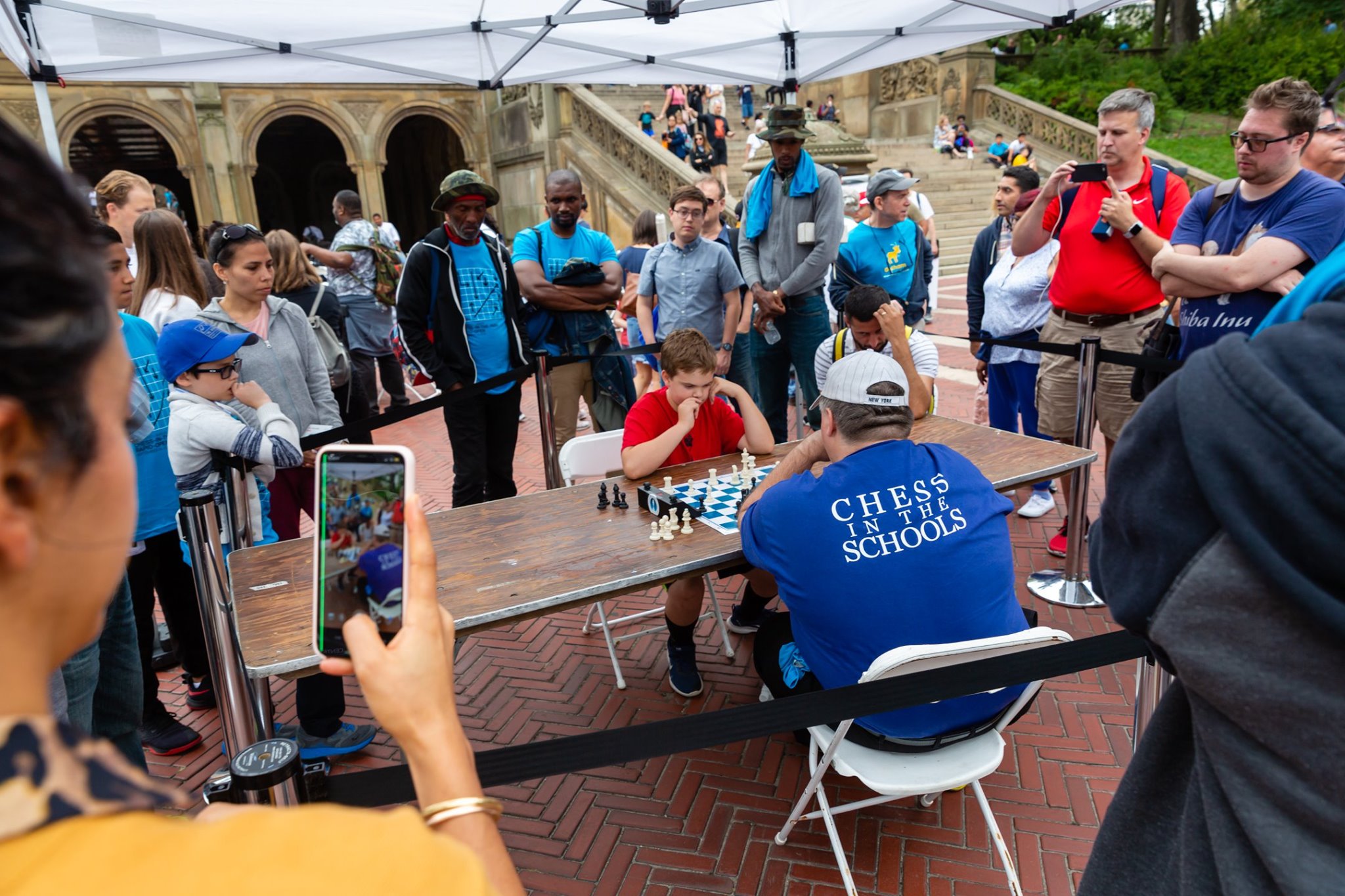 Aside from the main event, players and spectators could challenge IM Yury Lapshun all day in the “Play the Master” booth.  The event also had tables with book sales from GM Lev Alburt and GM Max Dlugy’s Chessmax Academy. 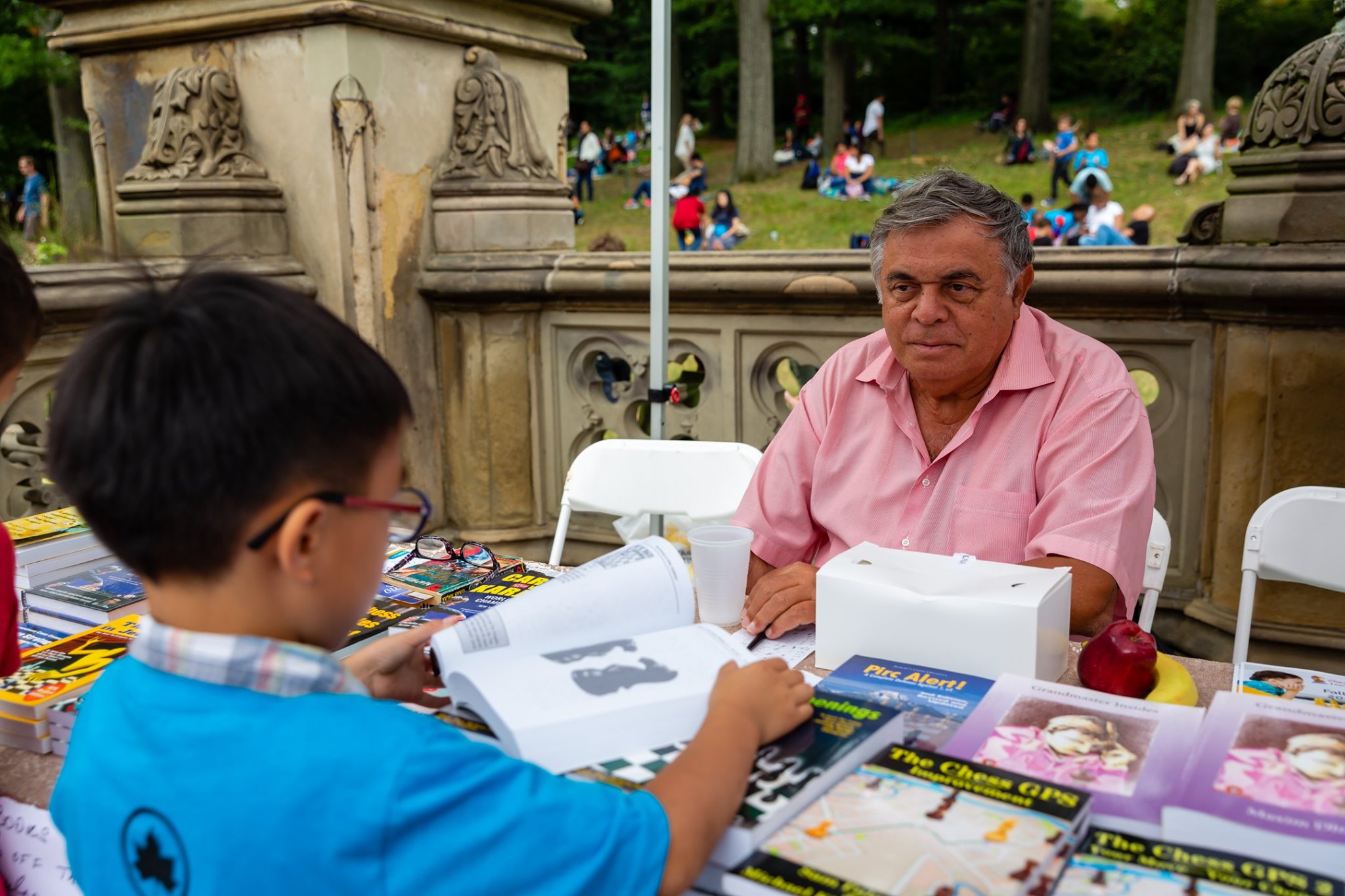 Parents that were interested in learning how to play and defeat their children in chess could visit “Learn Chess with Dr. Wolf.”  The application is a coaching based app that provides digital coaching as you learn the game! 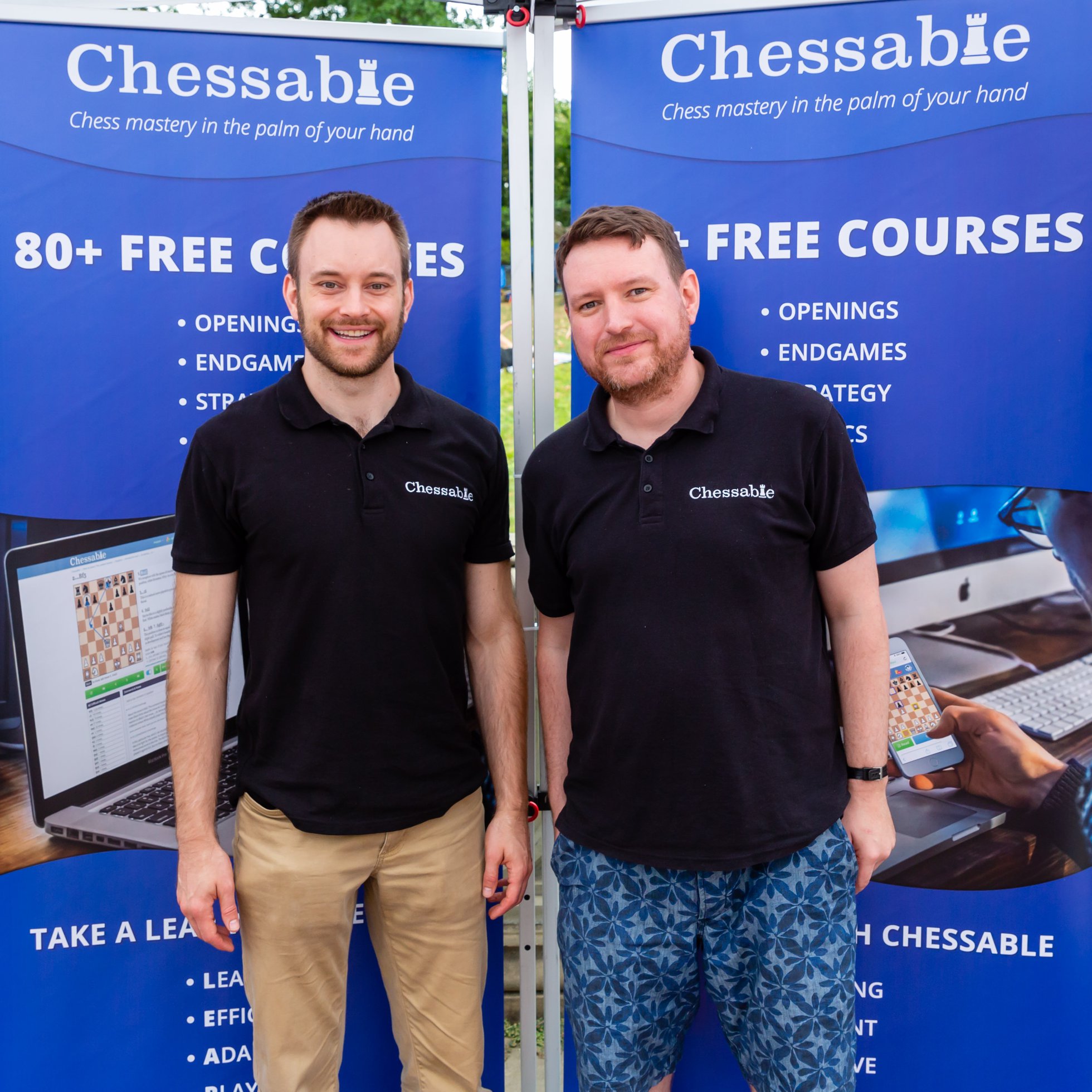 Players that were interested in improving their game had the opportunity to try out Chessable.  The online training site is an amazing platform for accessing digital training resources and allows for students to learn in a mobile setting without a physical board and set.  The Chess in the Schools College Bound program is using the site with a select group of students this year and have already seen an increase in study time!

We also had NYC Mentors at the event.  The brand new non-profit was founded by two brothers who grew up playing at CIS tournaments.  Both Michael and Jonathan Manta from Howard Beach have been playing at our events since they were in elementary school, and they have even run a lemonade stand to fundraise for CIS! NYC Mentors connects middle school students with older peers to guide, support, and mentor them with the NYC high school application process.  NYC Mentors plans to start working with middle schools that CIS serves this school year!

The US Chess Women’s Committee was also in attendance offering information and giveaways to young female chess players.

Next year for our 20th Annual Chess-in-the-Park Rapid Open we plan to break our attendance record and hope to see everyone back at the Bethesda Fountain for a fun day of chess!