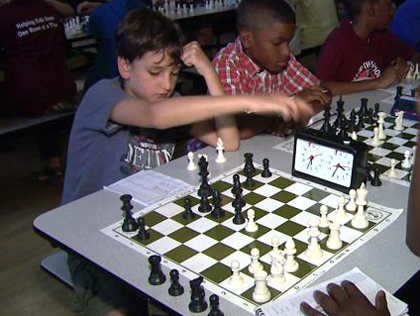 NEW YORK (CBSNewYork) — A lot of kids give their brains a break during the summer, but others are using brain games to stay sharp.

A handshake starts a tournament on the Lower East Side, where hundreds of kids from “Chess in the Schools” summer camp are testing out their skills and fighting that summer slide.

“A student over the 3 months of the summer without doing any academic programming, if they just sit home and do nothing they’re going to lose about 20 percent of what they’ve learned in the previous year,” said Shaun Smith.

“When I was little, I had a big problem with math. Chess is like a problem you have to solve problems in it, so it helped me in math,” Maldonado said.

Kevin Morales joined the program three years ago and travels the country competing in tournaments. He started in second grade and he’s now 10.

Along with chess, the program focuses on getting their players into college. When Sammuel De Jesus started at 12 years old, he had no plans to go.

“At the time nobody in my family had gone to college, to me high school was the highest level and then you get a job.” De Jesus said.

Everything changed with chess.

“They took us to college tours, they helped us write college essays, they gave us a mentor for college.” De Jesus said.

And it paid off.

De Jesus graduated from Skidmore College on full scholarship and now teaches kids how to play the game that changed his life.

The tournaments are held every Friday at the school and all kids are invited. You don’t need to be part of the chess program to play and it’s a great place to start. 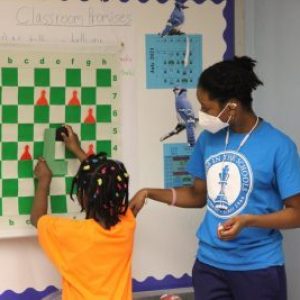