One on 1: Maurice Ashley Passes Along His Passion for Chess to Younger Generations 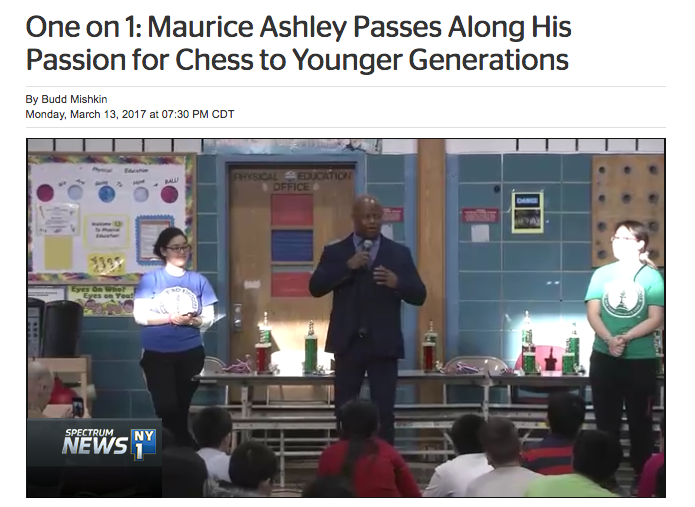 It’s hard to name something that Maurice Ashley hasn’t done in the world of chess. He’s played, coached, taught, created tournaments, done play-by-play for tournaments and traveled the world, preaching the gospel of his beloved game. Budd Mishkin filed the following One on 1 profile.

Who is this man, outsmarting the chess hustler in Washington Square Park?

He’s Maurice Ashley. Chess superstar. Grandmaster. An entrepreneur who has organized the first million-dollar chess tournament. The first African-American inducted into the World Chess Hall of Fame. Motivational speaker. Teacher. A pied piper who has charted a unique course to chess stardom.

“Chess is a hustle!” he says. “I’m either organizing a million-dollar tournament, or I’m in Africa meeting with folks there trying to bring chess to an impoverished place in the world. or I’m at a tournament with the best players on the planet doing commentary, or I’m here in Brooklyn in a classroom teaching chess.”

Ashley learned the game growing up in Brooklyn. That’s where you’ll find him most days, introducing chess at the Wynn PAL site in Bedford-Stuyvesant and teaching chess at Automotive High School in Greenpoint.

“The main reason why I teach chess is to teach kids how to think more effectively,” he says. “And there are so many life lessons that you take from the game. There are consequences to every single thing that you do.”

In 1999, Ashley became the first African-American to become an international chess grandmaster, an accomplishment not lost on young chess lovers, especially in New York.

There is a sense of excitement around Ashley, like at the recent Maurice Ashley Chess Challenge in Sunset Park, Brooklyn. His story resonates with his students.

“Chess is a game. It has this magic that makes it easy to teach,” he says. “And people tell me, well, what are your major obstacles? There are none. I just put down the chess board and talk to the kids about having a good time, and the kids just eat it up.”

I first met Maurice Ashley in 1994 while he was doing television commentary for a tournament at the Javits Center.

“When I do commentary, I don’t even know what I’m saying,” he says.

“People have to tell me that I make a certain sound. Apparently I say “boom” all the time. I’m in the middle of a match and, ‘Boom, this guy is going to die.'”

He channels the chess environments of his youth.

“I grew up playing chess in the parks in Brooklyn. There was trash talking all the time,” Ashley says.

“So I knew what it was like for chess to be dynamic, for it to not be quiet, for there to be a whole lot of aggression and braggadocio and fun. So once I got to doing commentary, I just took it over to the same thing.”

Ashley’s street cred is clear in a video shot in Washington Square Park – hustling a chess hustler, good-naturedly, of course. It was included in a show called The Tim Ferriss Experiment and has gotten more than 2 million views on You Tube.

“Definitely the trash talking is trying to have a good time, but also to get inside your head,” Ashley says.

“You’d be playing chess. There’d either be some hip hop on, some jazz. Guys are trash talking. They’re blowing smoke in your face. And that’s normal.”

Ashley’s passion has taken him all over the world, last year visiting nine countries, including South Africa, Kenya and Madagascar.

“To see a chess board sitting on a table that’s uneven, the pieces are barely standing up as the kids try to play, it’s heartbreaking to see that kind of poverty, but it’s also uplifting to know that chess can be a potential ticket out,” Ashley says.

For 10 years, Ashley was raised primarily by his grandmother on the island of Jamaica while his mother was working here. He was 12 when he and his two siblings joined his mother in New York.

“When I first came to Brooklyn, I thought I was going to live in a penthouse apartment with a pool on the roof. I actually bet my brother that. Then, I ended up in Brownsville, Brooklyn. And yeah, that illusion got busted pretty quickly,” he says.

“We lived in poverty in Jamaica, but it was just different here. The drugs, the violence on the streets, that was just obvious. It made for a very difficult transition from Jamaica to here. But within a couple of years, I was lucky enough to find chess.”

He learned to love the game while at Brooklyn Tech High School and then City College. But his chess education extended far beyond school walls.

“I never made my high school chess team,” Ashley says.

“There was a group of African-American men who called themselves the black bear school. And they played chess like rabbinical students studying the Torah.”

“By being able to hang around those guys, they were older than me, and they were able to take me under their wing and talk to me about life beyond the chessboard as well.”

Now, for almost 30 years, he’s passed along his passion for the sport to younger generations.

For Ashley, have chessboard, will travel. But he’s always coming back to his family and his students in Brooklyn.

“It’s in my blood. These kids represent who i was as a child. And I always feel like I’m sort of speaking to my younger self,” he says.

“A friend of mine called me up and said, ‘I can get you a six-figure job right now working on a mutual fund. And in half a second, I thought, ‘Why would I do that?'”

“I always wanted to make sure that I’d be making a living in the game that I love so that every single day when I wake up, I know I’m not going to work. I’m playing chess.” 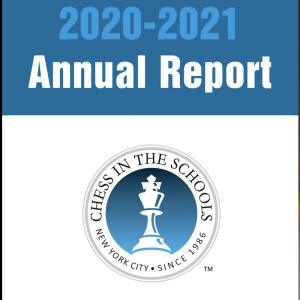